FARMERS PLACE, SOUTH EDMESTON, NY, won international recognition at the ‘DFV-AAMP Quality Competition for Sausage and Ham’, held Jan. 11-13, 2016, at the University of Wisconsin-Madison. The IFFA Quality Competition was the first event of its kind held in the United States.

IFFA is the leading international trade fair for processing, packaging and sales in the meat industry, and hosts an international meat competition every three years in Frankfurt, Germany. The German Butchers’ Association (Deutscher Fleischer-Verban) formed a partnership with the American Association of Meat Processors (AAMP) to host the “satellite contest” in the U.S. The results from the U.S. competition will be included with those from Germany and acknowledged as being a part of the international show.

FARMERS PLACE was awarded with:

To make the event identical to the show in Frankfurt, organizers sent judges from Germany to conduct the competition. All entries were graded on appearance, consistency, smell, and taste. The competition received more than 300 entries from 15 states.

AAMP Executive Director Chris Young said, “With an award from the German Butchers’ Association, our members demonstrate the international competitiveness and quality of their products. On behalf of AAMP and our members, we congratulate FARMERS PLACE for their outstanding achievements.”

FARMERS PLACE were invited by the German Butchers’ Association to attend a ceremony at the IFFA in Frankfurt on May 10, 2016, where they were awarded their certificates and medals and two GOLD CUPS, BEST IN HAM AND BEST OVERALL!

From the Daily Star of Oneonta 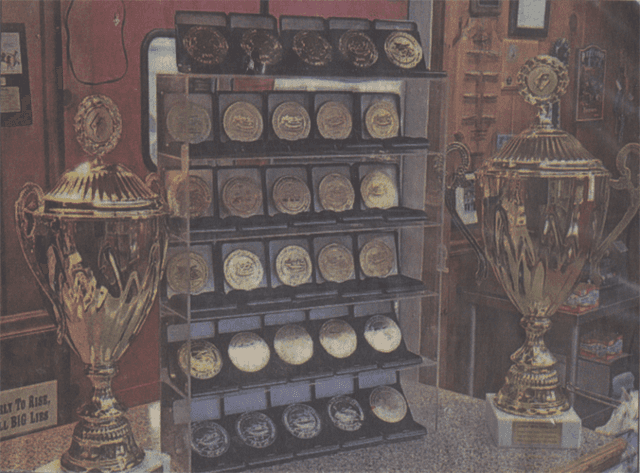 Farmers Place products competed with over 100 countries and 50 nations to win these medals and trophies!